What my coma taught me about the sales profession – Part 2 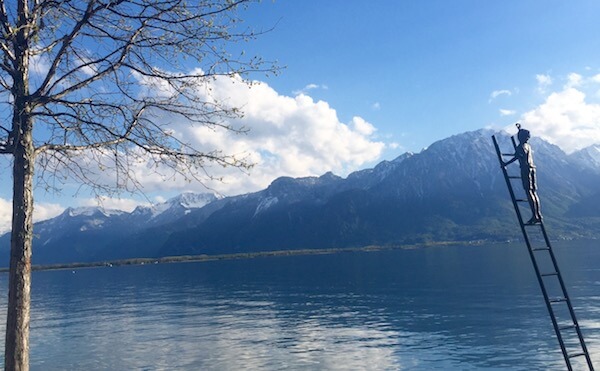 In August, I wrote how a kitesurf accident that left me in a coma triggered a deep curiosity about resilience: the ability to brush yourself off after getting knocked down. I wanted to find out what we can learn from people who don’t just get back on their feet, but actually come out stronger – and how to apply their skills in the sales profession. Because the reality is that in sales, we’re exposed to a steady stream of setbacks, which could lead to disappointment, stress or demotivation. Yet, we don’t normally get trained on how to best handle these upsetting events. Some of us cope well, others don’t. Why is that? This is the first follow-up article to share what I’ve learned about resilience for the sales professional.

Let’s debunk the first myth straight away. Resilience is not a trait. It is not a characteristic that you’re either born with, or not. Resilient sales people are not ‘just tough and determined individuals’ that shrug their shoulders when difficulties arise. The behaviours that make people resilient are in fact based on skills and practices that are teachable. Things that you as an individual, and organisation, can put in place to be better prepared when hard times hit. Sheryl Sandberg, who unexpectedly lost her husband and wrote a book to share her lessons learned on the harrowing journey that followed, says that resilience can be built. It is not about having a backbone. It’s about strengthening the muscles around our backbone, she writes. Although her experience is way more heart wrenching than mine, one commonality stood out for me. She needed to get her life back on track, just like me after my accident. We both had a ‘meaningful cause’, a higher purpose to reach for, that kept us focused during our recovery – a journey with its own number of setbacks along the way – and helped us pull through.

To appreciate how purpose builds resilience, Mandela’s plight is as impactful as it gets. The setbacks he experienced – including the 27 years he spent in jail – did not make him give up his fight against apartheid. Quite the opposite – he really came out stronger when he became the president of South Africa in 1994. Malala, the Pakistani schoolgirl who fought for gender equality in education and got shot in the face by the Taliban, showed a similar resilience. She not only survived her ordeal, but decided to bring her crusade to the global stage, becoming a UN Messenger of Peace, and the youngest ever Nobel Prize winner in 2014. She is also now doing speaking engagements across the world, and will be in Australia in December.

Us sales professionals tend to not have as idealistic a cause as Mandela or Malala, but if we want to be more resilient, we’d be wise to seek a higher cause than our quarterly commission cheque. The companies I worked for that had a clear and inspiring vision did much better in retaining talent when we hit some rough patches. Sales professionals who really bought into the positive change that the company was bringing to the world were the ones who were always more determined, while seemingly needing less energy! The reps who were there just for the money were the first ones to give up when times got tough. A vision creates meaning, which in turn, builds determination.

What if your company doesn’t have a meaningful purpose or vision? I suggest you don’t wait for HQ to inspire you – the strongest vision that made me power through hard times at work was the one where we as a local team agreed to build the best sales team in Australia (and I believe we did!). What if your team can’t agree on one? Create your own. Find a deeper meaning than your quarterly target. Asses the skills you’re building and determine how they support your overall career over the long run. Print them out, and hang them up to remind yourself of what you’re working towards when times get tough. In part 3, I’ll be sharing insights around how setting specific goals around my vision helped me built resilience during my recovery.